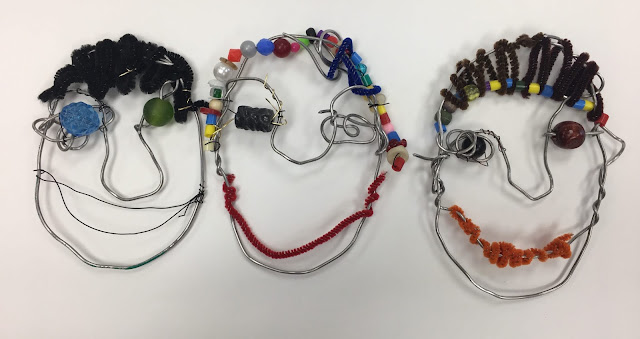 When you walk into the National Gallery in Washington D.C., one of the first things you will see is a giant black and red mobile created by Alexander (Sandy) Calder. His father, like him, was a sculpture with the name of Alexander Calder. And his grandfather, the first of the three sculptors named Alexander, immigrated from Scotland and settled in Philly where his large William Penn statue stands on city hall's dome today.

Sandy Alexander went to Paris in the 1920's, where he became known as the King of Wire for his wire circus performers and faces. These were the inspiration for my students wire face creations (above). 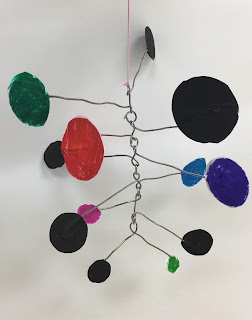 He later created the mobile, hanging kinetic sculptures. The term mobile was given to Calder's work by avante guard artist and friend, Marcel DuChamp.  Another art legend, Piet Mondrian, in 1930 proved to be a huge influence on Calder's work, which began to incorporate, reduced, simplified forms, and a limited pallet.

Some students used only circles, while others used a variety of shapes. Some used card stock, while others used tooled foil, cardboard, or mat board. These materials were colored with markers or spray paint and attached using wire, paperclips, or pipe cleaners. 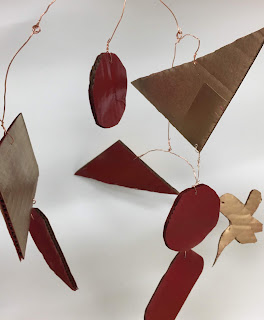 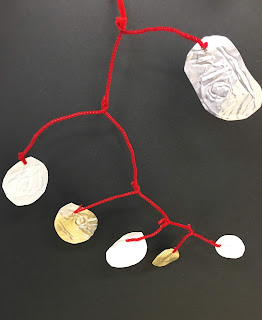 Posted by Kristen Applebee at 4:49 PM No comments:

Back on the Bus Y'all Art Project 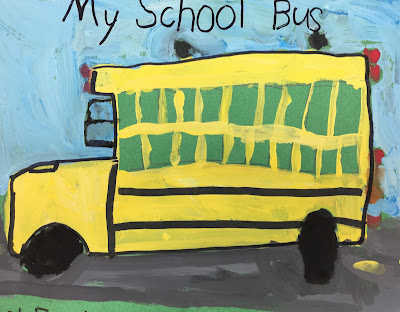 My art class didn't waste any time getting back into the art making mode this school year. In fact, the first week, we made bus safety posters for a contest. 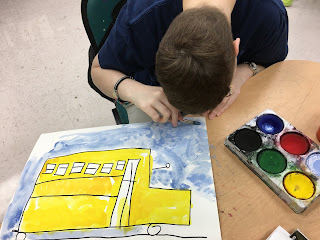 Students were invited to use marker, colored pencil, watercolor or acrylic.


I am always amazed at the range of abilities my students have. About half have some sight and half have none. Their cognitive abilities are varied as well. I am thrilled when I find a student who can understand concepts such as two-point perspective. 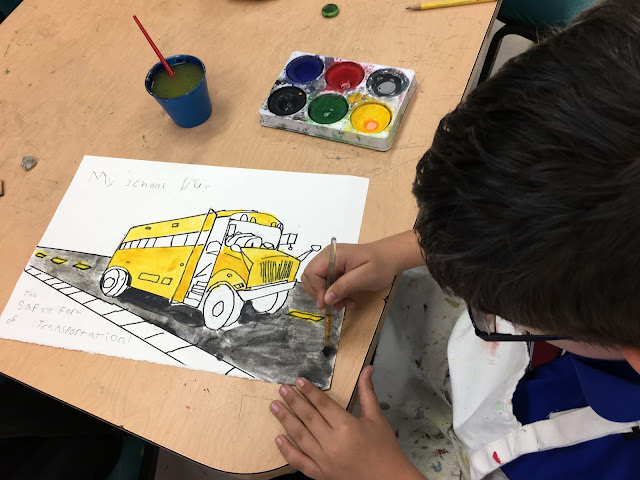 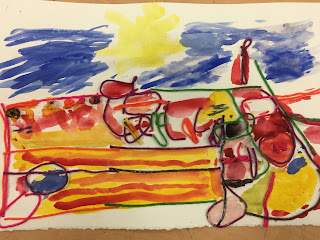 But my heart skips a beat when someone uses their unique twist, by adding things such as the interior aisle on the outside of the bus, or representing a wheel chair lift as a blue circle. This student used Wiki-stix to provide tactile lines for the paint. I had challenged my students to consider a different point of view, but most of my students drew the side view of the bus facing right. I can't blame them though, that's exactly what they see when they get on and off the bus each day.

Posted by Kristen Applebee at 5:14 AM No comments: 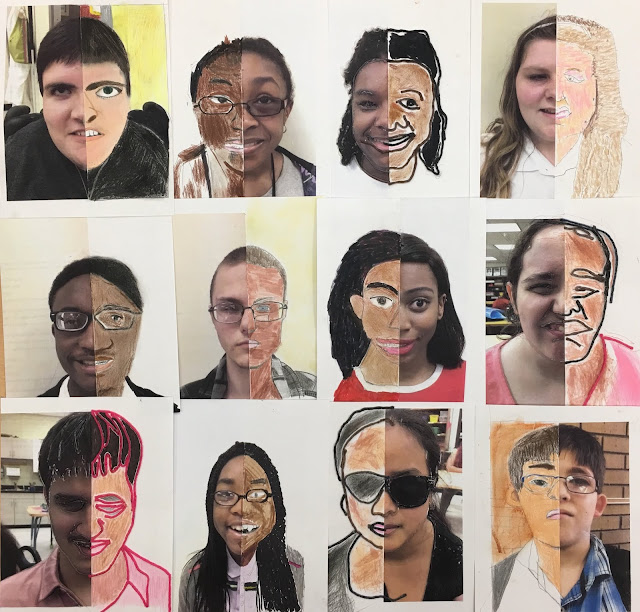 I love balance: balance in my art and balance in my life! I love my diet, my body, and my checkbook to be balanced. My college art department's favorite film was "Koyaanisqatsi" (1982), which is the Hopi word for "life out of balance." Its music and images taught me, as a young woman, that when things get out of balance, tragedy follows, therefore, balance is a worthy goal. Our first art class unit for the school year was one on types of visual balance, starting with symmetry. 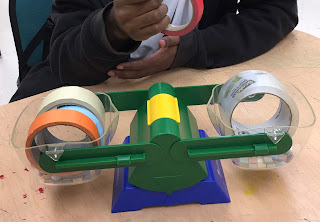 For some, I started my balance discussion at a very basic level. We placed items into both sides of a balance scale and arranged matching magnets on either side of a tape line of symmetry on a magnetic board.  "This side has 2 squares and a circle. This side has only 2 squares. That's not fair. How can we make it the same on both sides?" I would ask. 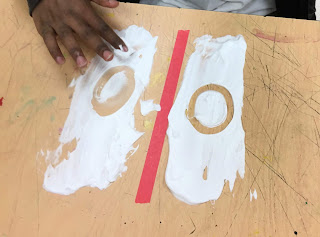 I had non-verbal children point to their ears and their eyes, using two hands, to reinforce the idea that both sides of our body look the same. I walked them through the task of creating visual balance.
Finally, I put a tape line of symmetry on the table and let students squirt matching shaving cream shapes on either side. Then I smooth out the cream and show them how to use their finger to draw matching marks on either side of the line to create symmetry. 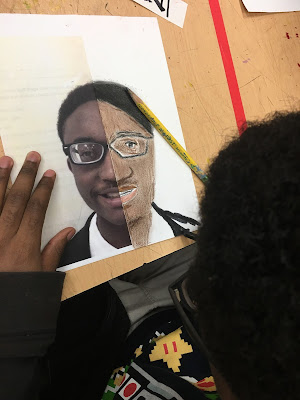 My older students could discuss why a balanced government is important and what a balanced breakfast might look like, but most of them wanted to play with shaving cream too. Their culminating assignment was to replicate the mirror image of half their face to create a symmetrical whole. For those who couldn't see, I used hot glue on the photo image of half their face. They replicated it in Wiki Stix, and I helped them match their skin tones using their choice of crayon, marker, colored pencil, or pastels. It was a useful exercise to reinforce the art principle of balance.

I took the left over half faces to combine, for  funky, albeit disturbing, combo portraits. This was used, not only to get a laugh out of my class, but to illustrate the concept of proximate symmetry. Yes, there is an eyebrow and an eye and an ear on each side of the line of symmetry, but they're not exactly the same. 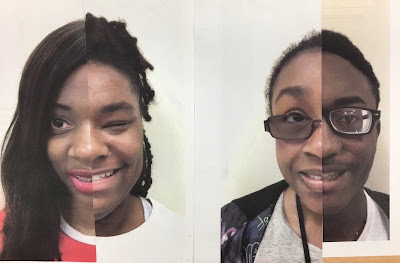 Posted by Kristen Applebee at 11:55 AM No comments: