Thinking Outside the Jack-o-lantern

It is pretty common for me, on the first day of a college art class, to ask students to take a few minutes and draw a man on a bicycle with an umbrella. I can’t remember where this idea came from. But I can remember that in about a dozen years of doing this that almost every one of my students have ended up drawing a stick figure riding a stick bicycle, facing right, and holding a vertical, open umbrella. One or two students in each class have the man facing left and once every couple years, someone will have a closed umbrella. One, count it, ONE time (about eight years ago) someone did draw with a view from the front, but that was only after the first sketch of the right facing cyclist. 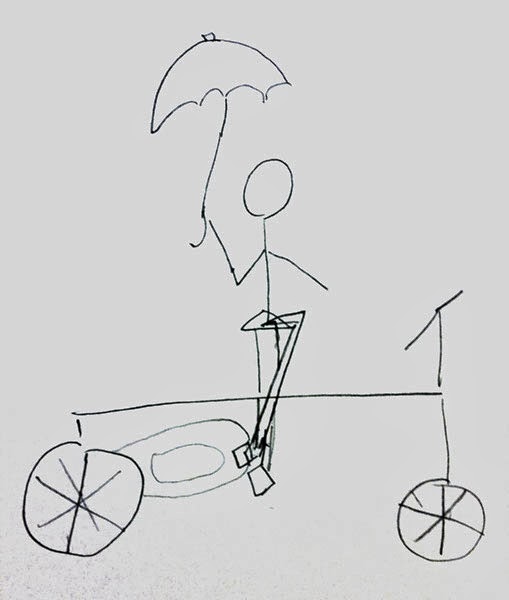 I have yet to see a drawing of a circus clown standing on the bicycle seat and balancing with a tiny polka dotted umbrella or an angry young man jumping up and down on a broken heap of a bike while beating it with an umbrella. In fact, I’ve never seen anything interesting come from this challenge.

Being original means we must dig a little deeper. Think a little harder.

Last summer, I decided to offer a mini assignment with a greater possibility for creativity. I asked my graduate students to draw “Halloween” then waited to see how many witches, goblins, black cats, skeletons, ghosts, mummies, zombies, vampires, spiders, haunted houses, cemeteries, ravens, headless horsemen, werewolves, and trick-or-treaters would be represented. The results were similar to the “man on the bike with an umbrella” assignment in the shocking lack of variety. Every student drew a jack-o-lantern. Two of them finished early and managed to add a Pac Man style ghost to the right of their jack-o-lantern.

Apple says to “Think Different.”
Chanel goes a step beyond thinking by telling us to “Be unexpected.”
Sign a urinal. Paint a green stripe down your wife’s nose.  Place daisies at the tips of your mustache. Except don’t. All of those things have been done by men who lived a century ago and had a reason to do them. But do look beyond the obvious and find ways to happily surprise your readers, friends, clients, or workshop attendees.

After the Halloween exercise I went home and made my own image of Halloween. Yes, there are skeletons in my painting. Yes, one is carving a triangle-eyed jack-o-lantern but the other is breaking holiday barriers. He’s dying eggs. 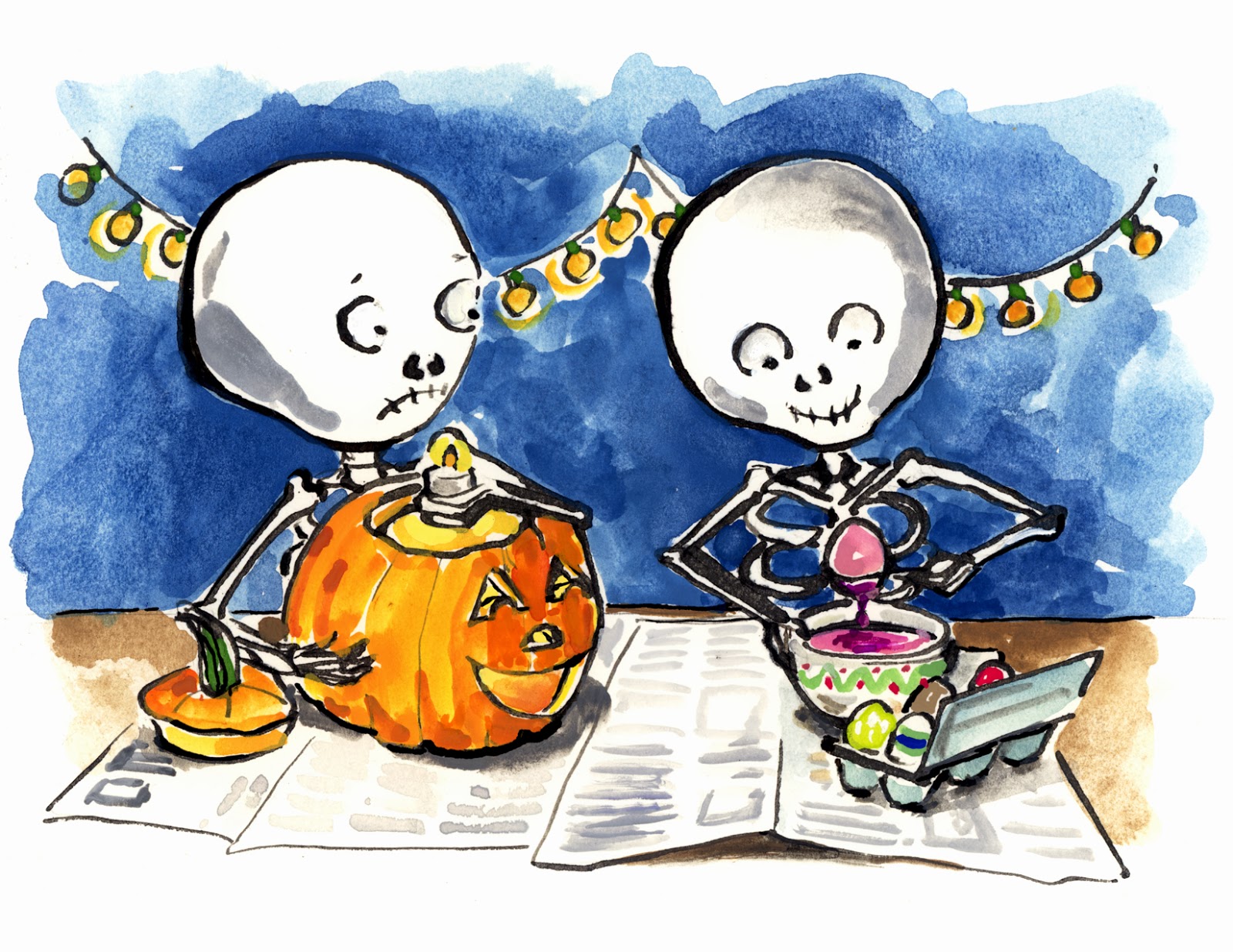 Posted by Kristen Applebee at 4:40 PM No comments: