Batik is usually a process that combines wax drawing and tie dye. The Indonesians in Java have the art down to a science, and there are some fun Youtube videos that can walk you through the process. In our class, we used Elmer's glue, rather than hot wax, and watered down acrylics, rather than dye. 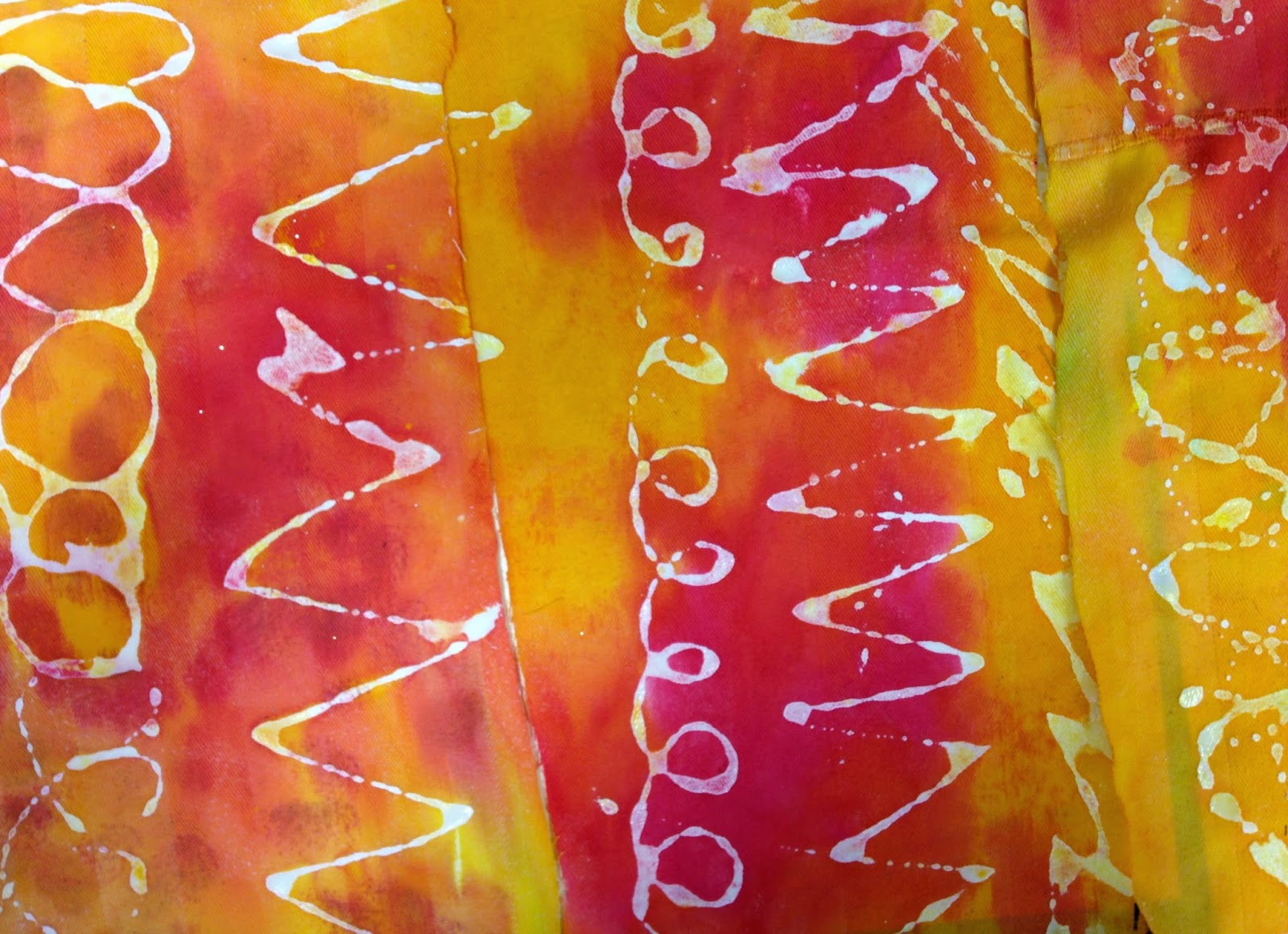 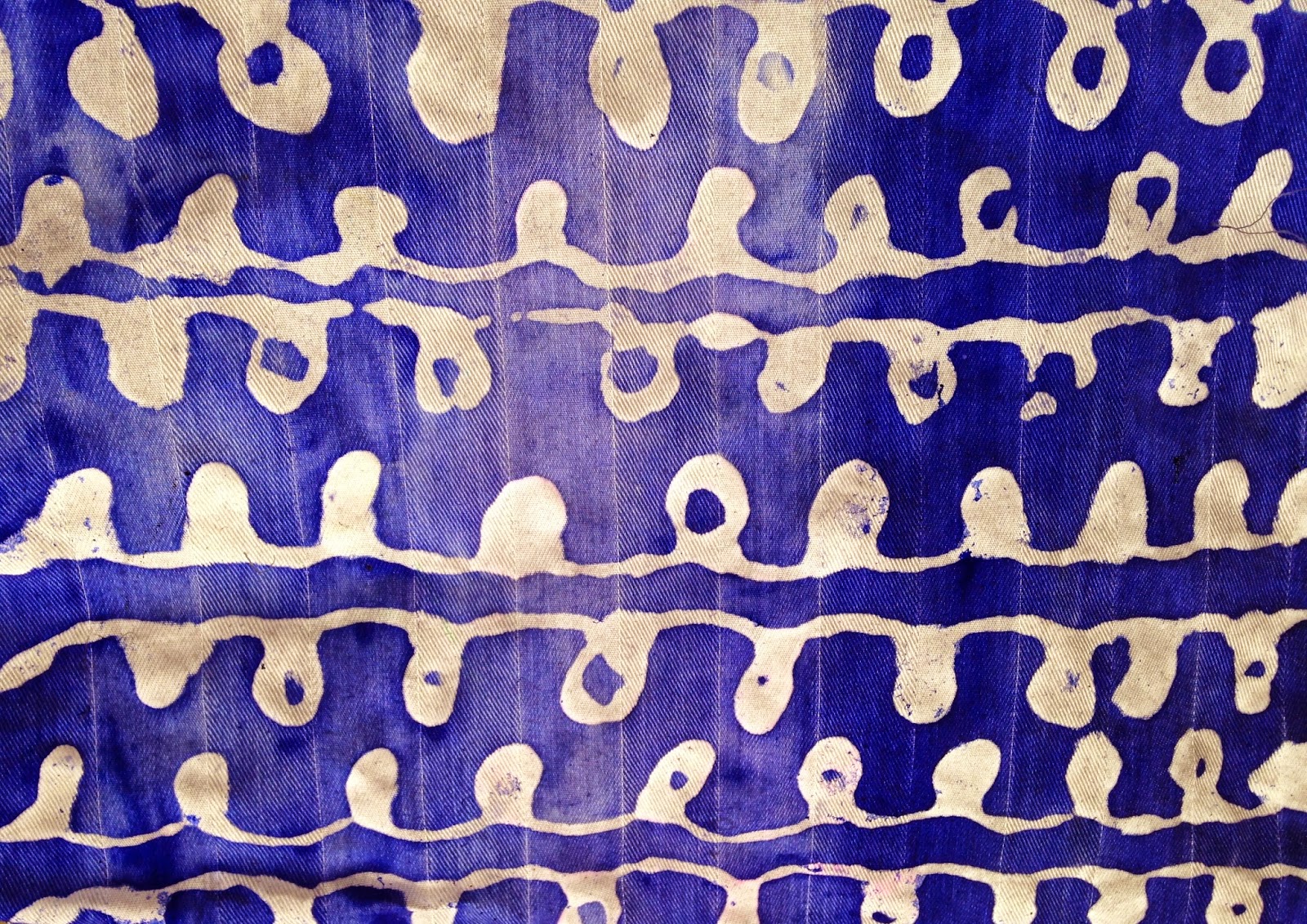 First the glue is applied to a piece of fabric, in a pattern. When it driers, diluted acrylics are painted on top. It takes more than you'd think, since you want it to soak into the fabric. The back side of the fabric will probably still show the white lines pretty well. After the paint dries, you can wash it in warm soapy water to remove the glue, and it will create white lines on both sides of the fabric. 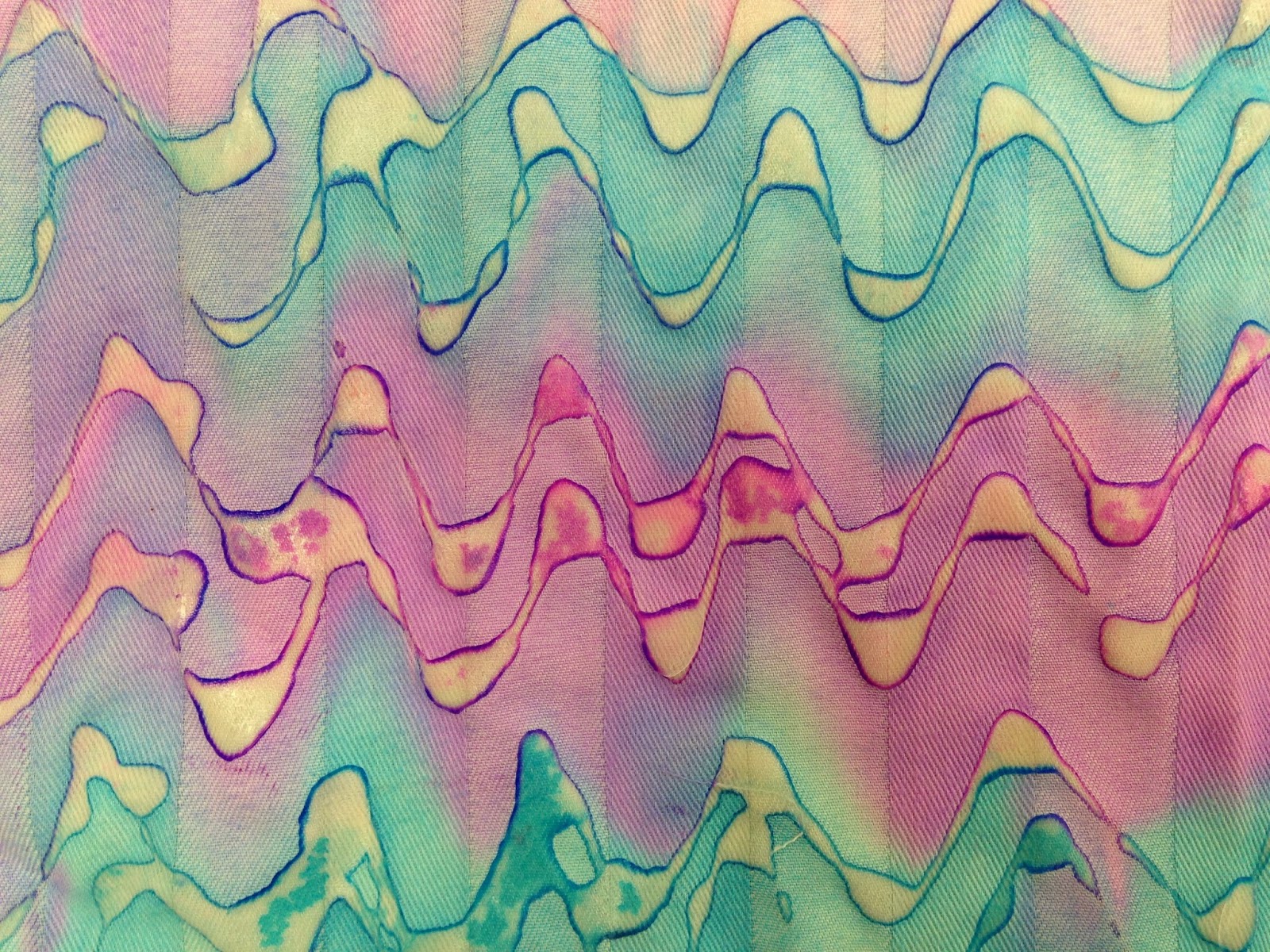 Bottles of watercolor worked well too until it was time to wash out the glue, at which time the color disappeared. But there's nothing wrong with leaving the glue in, if you are just going to use the fabric as a wall piece. It is easier to feel the texture of design for my students who are visually impaired anyway. 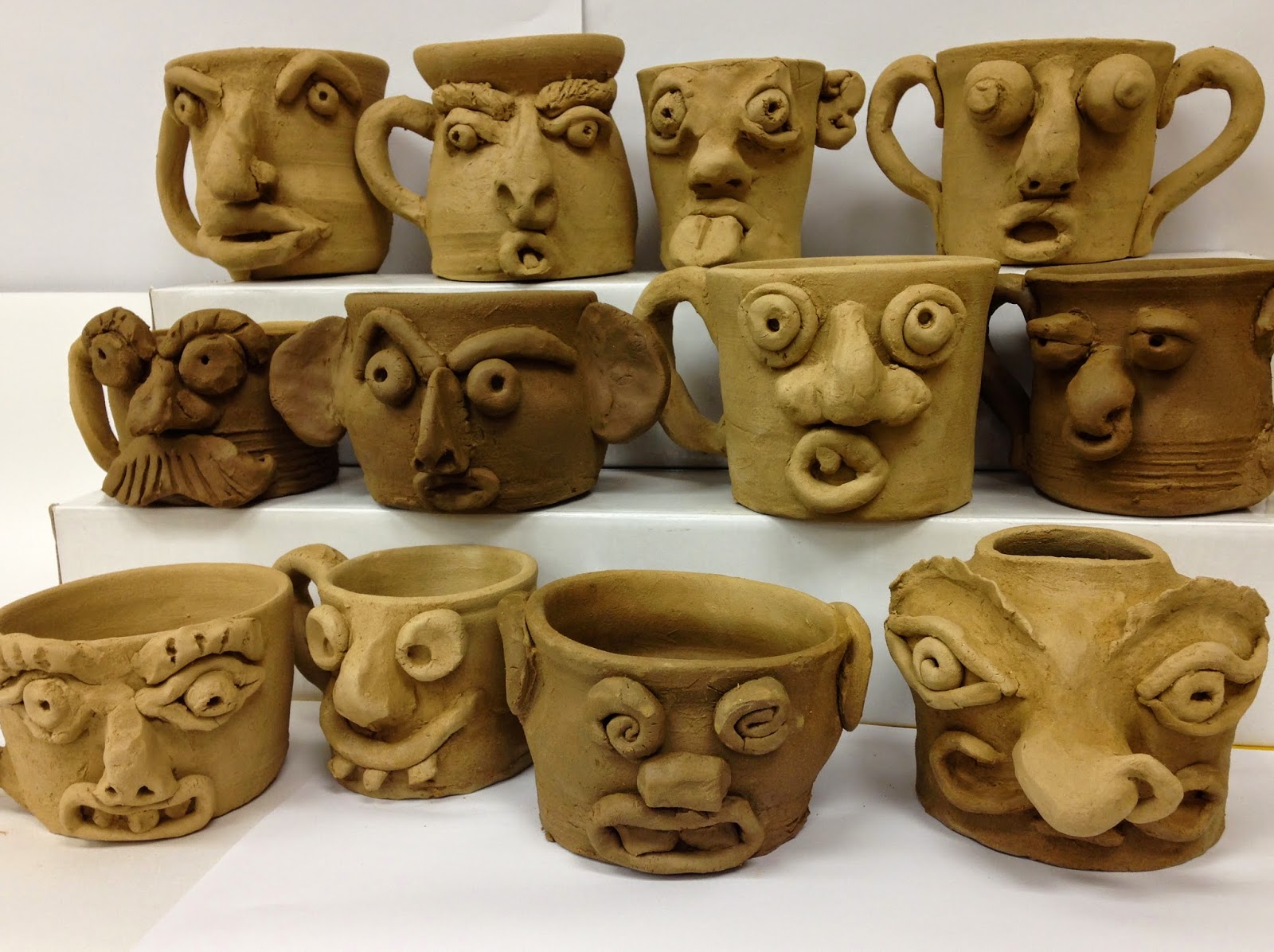 There is a rich tradition of face jugs in the southeastern United States, in part because of our abundance of clay, and in part because freed slaves were the ones credited with the tradition. Some believe that because slaves weren't allowed to have headstones on their graves, that face jugs were left to scare off the devil. A few of the jugs migrated north and were buried by the front door of houses to ward off evil spirits. Ironically, in the 1920s ugly jugs were made to store spirits (i.e. moonshine) during the Prohibition era.

I am so excited about the faces my students created for their "Ugly Mug" assignment. I worked with each of them on the wheel to make a cup or two. Then they came up with multiple face ideas before choosing one to add to a cup. 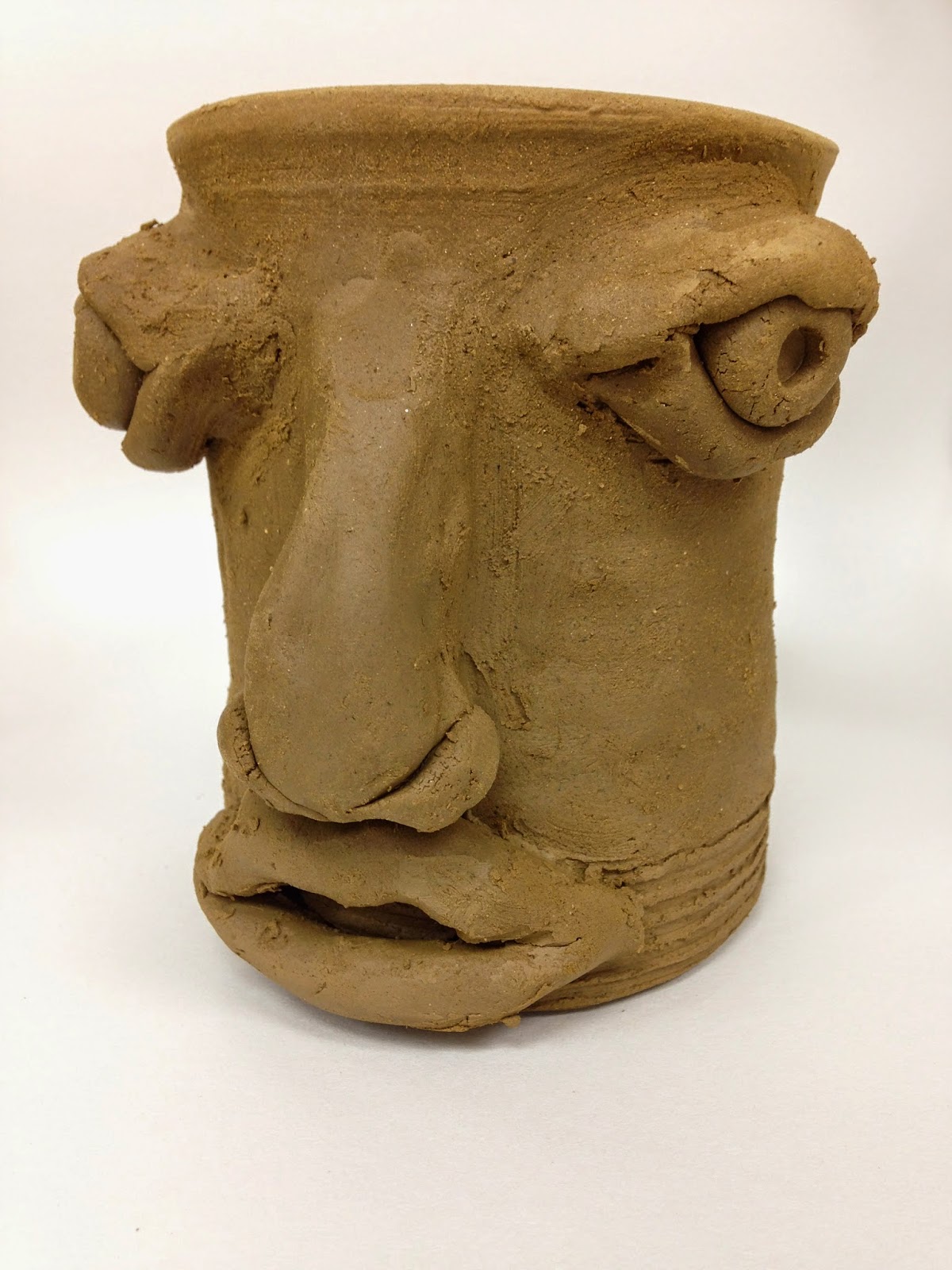 Nine of my students who made a couple donated one to the silent auction to support the senior's trip in the spring. Some sold for over $20.00. It just goes to show, that sometimes beautiful things happen when you try making something ugly. 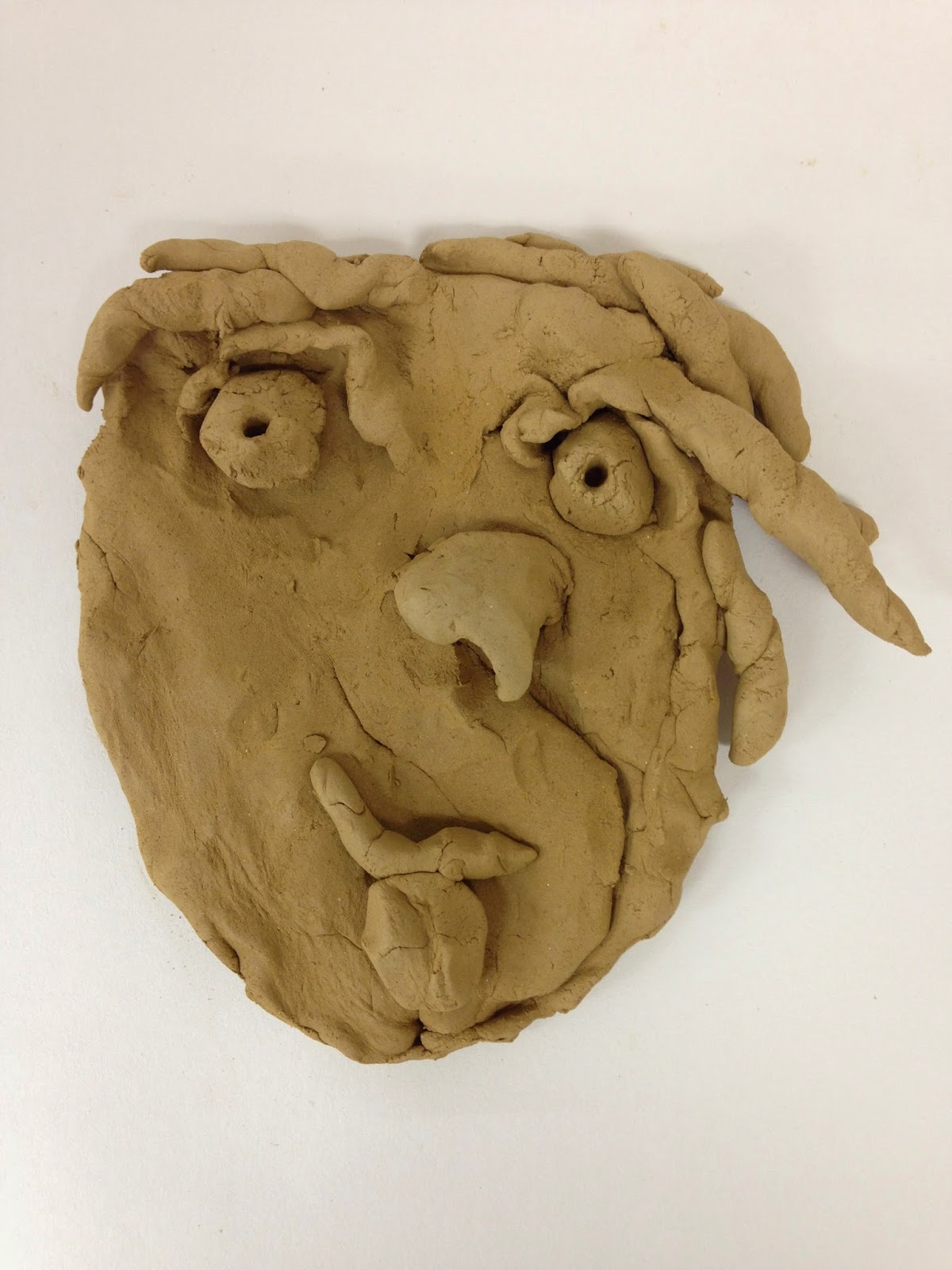 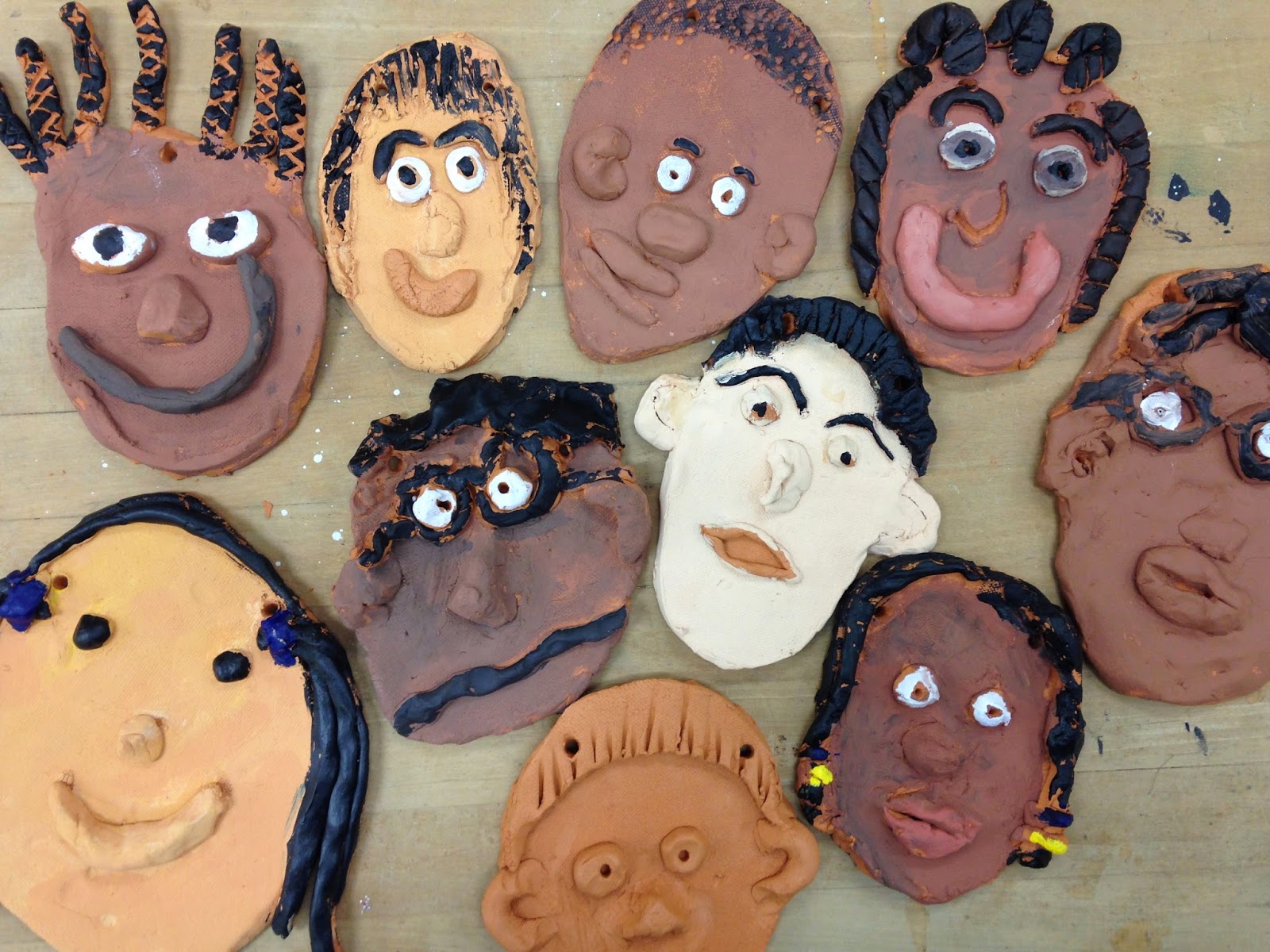 The elementary school students used the slab roller rather than the wheel and made flat faces, which will later be hung. I can't look at these smiles without smiling myself.

Posted by Kristen Applebee at 3:05 PM No comments: