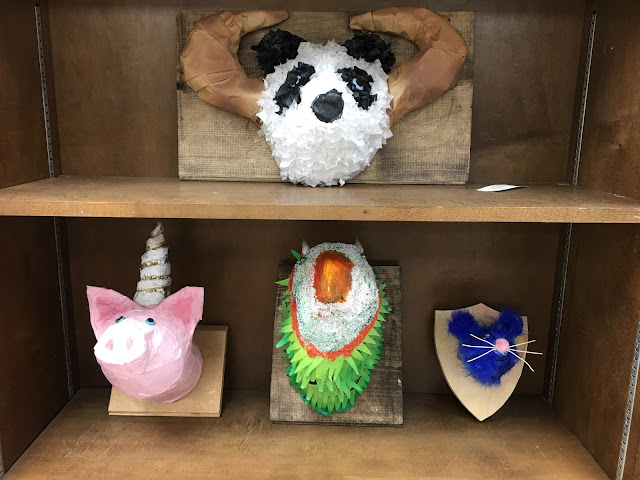 Teaching form and texture can be fun through this interdisciplinary lesson about the animal kingdom. My class and I spent our week studying types of invertebrates: birds, fish, amphibians, reptiles, and mammals. Students were expected to know characteristics of each group and give several examples. Then they were tasked of combining a couple of animals and coming up with a name: a giramingo or a koalasaurus. They were to invent three animals and explain the habitat and diet of each. This is not a new exercise of creativity when you consider creatures from ancient literature such as the gryphon, pegasus, unicorn, and phoenix. (This is a great way to incorporate literature into the week as well.)
Ideas were shared, critiques were had and favorites were picked. Some of the problems came from students combining two animals that were too similar: possum and armadillo, ostrich and flamingo. Or they would just attach one head to another's body. That's fine, except that we were doing paper mache versions taxidermy that would basically be mounted heads, so you'd have to have characteristics of multiple animals represented in just the head. Some ideas were used to swap the texture of one animal with another, such as a feathered mouse. (Shown above: pandabull, pigacorn, green scaled sand eagle, and glue feathered mouse.) 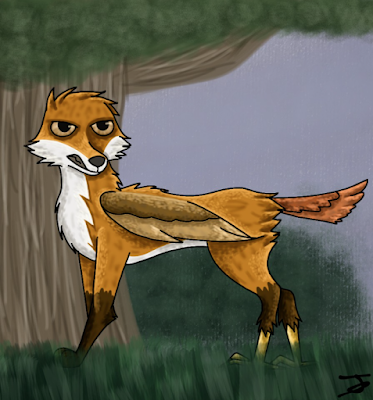 Students at home had the options of making drawings or creating 3D sculptures using salt dough. I walked them through the process via video meeting and they were to bake and add texture on their own. One student created an image of her hox (hawk-fox hybrid) on her phone using Ibris Paint X. 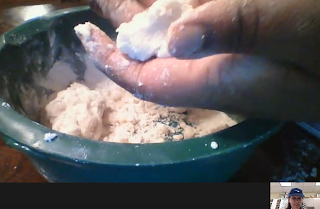 The salt dough recipe is easy: 1 cup of salt, 2 cups of flour and a cup of water. Start with dry ingredients and drizzle the water in little by little so it doesn't get too wet and sticky. You might not need the whole cup of water, but clearly this student's dough is too crumbly so I was watching through video and telling him to add a little more. 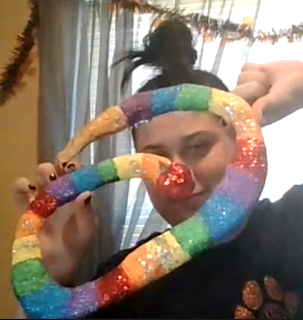 Once the animal is formed it can bake at 225 degrees for a couple of hours. One student made a glittery rainbow snake, which opened the door for me to share Australian Aborigine folklore and origin story of the rainbow serpent.

Posted by Kristen Applebee at 7:24 AM