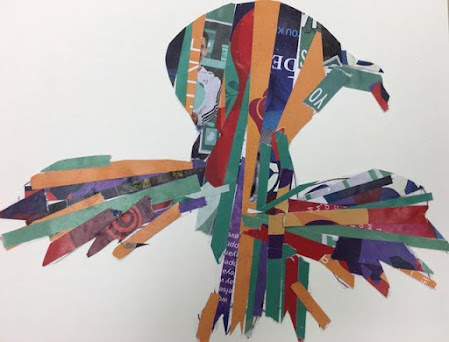 It has been fun to figure out how much media I can cover before letting go of the Element of Art: line, and moving onto shape. This project was a good bridge, as students choose simple shapes. I have foam stencils for things like an apple or butterfly. Anyone who wanted to pick something else like a house or heart, I could draw and cut out of Braille book cover plastic, which is indestructible and easy to work with. A few students were able to do their own drawing, like this bald eagle. Students used glue stick to attach strips of magazine pages to cover the entire thing before trimming up the lose edges.

The finished shapes were glued to pieces of mat board or paper, and a couple of them fit into small frames I had. Thinking about how lines can use to add color and texture to shape really incorporates a lot of elements of art, but when discussing subject matter, shape was king. It was such a simple assignment that most students were able to make several pieces, and the finished products were crowd pleasers. 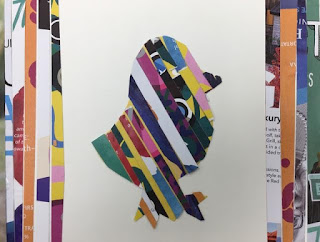 Posted by Kristen Applebee at 11:47 AM No comments: 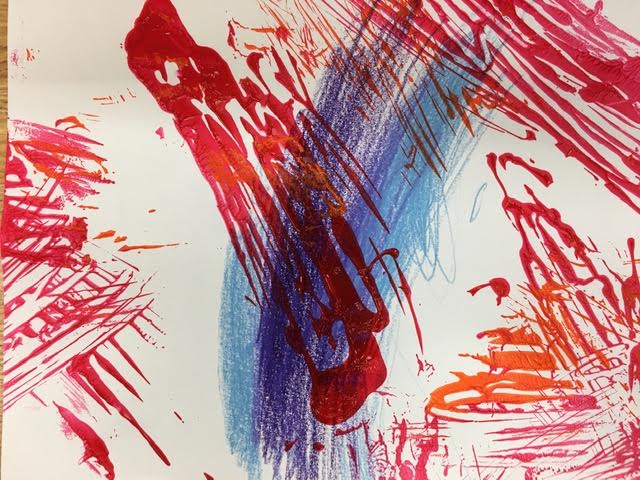 As we continue to explore line as an element of art, my younger students drew lines in chalk on the patio outside my classroom. They used yarn on a flannel board to create pictures. 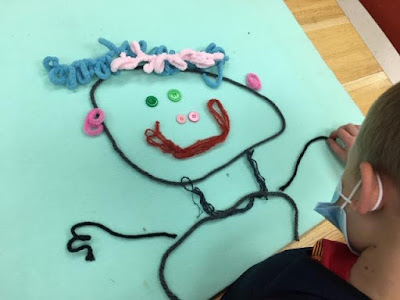 They also drew lines into finger paint. But instead of working on paper, I put the finger paint on a piece of plexiglass and children drew lines with their fingers on that. Those with sensory issues (which is most of my multiple complex needs students) drew with a Q-tip. Then we gently placed a piece of paper on top and pulled it back up. The paint was squishy enough that rubbing the back of the paper just made everything into a big blob. I could give the students a chance to work longer and more intentionally on the plastic before committing, and it was a chance to discuss monotypes and ghost images in printmaking. 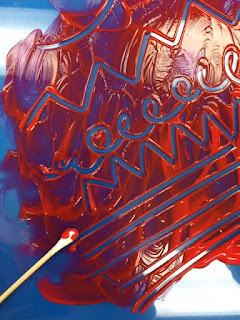 Students also used tempera paint to draw their lines onto the plexiglass, or yarn, dipped into paint to lay on the plexi before making a print. 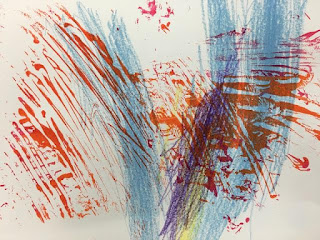 The majority of the students who did this assignment have multiple complex needs; they can't speak, and can't see. So, even though the under-drawing and some of the monotype images aren't focusing on line as much as I had hoped, I'm happy that they are exploring media and working as independently as possible. 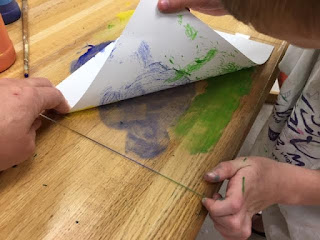 Posted by Kristen Applebee at 11:46 AM No comments: