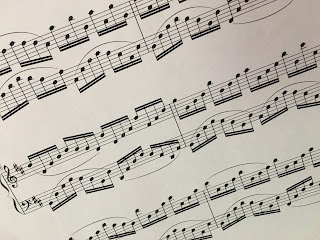 I am encouraged when I see people start a new instrument in their fifties and sixties. I'm not too old to become much better at the piano, and it's not too late for my son to learn this song or any other.  Rather than focus on what we haven't learned yet, we need to focus on what we can learn and get busy doing it.
Posted by Kristen Applebee at 9:13 AM