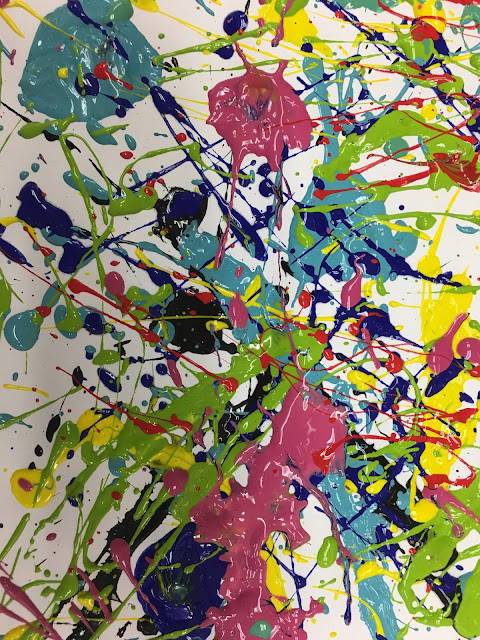 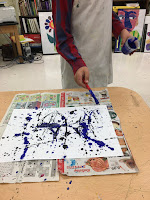 It has been said that Modern Art = "I could have made that" + "Yeah, but you didn't!" Sometimes innovations and new ideas are so incredibly simple that it may feel like it's invalid or cheating to those who didn't think of it.

Jackson Pollock grew up in the Southwestern U.S. but as a young adult, he moved to New York, where he studied art under famous muralist, Thomas Hart Benton.  Pollock found work as a Work Projects Administration (WPA) artist through Roosevelt's New Deal. He later broke barriers when he invented "drip painting," which consisted of throwing, dripping, and flicking paint across large canvases on his studio floor. Time Magazine launched him into celebrity when they wrote about him, and gave him the nickname, "Jack the Dripper."

His career peaked in the late 40's and early 50's-the start of the Cold War.  Soviet Era propaganda was full of solid looking figures and idealized landscapes. Meanwhile, The U.S. was producing Abstract Expressionists and the Congress for Cultural Freedom was parading the work of Pollock across Europe. His paintings were weapons of ideas used in the hands of the CIA to show the world the incredible freedom that American citizens had. In the U.S., artists were free to make art as crazy or ugly as they wanted and no one could stop them!

Every drip painting since Pollock has felt like an imitation, but that doesn't mean we can't try it out in the kitchen or classroom.  My students experimented with various colors of paper and paint, various viscosities, and a few different motions to come up with the combination of marks to make their Pollock-style expressionist painting.  And in a very tiny way, they were fighting Fascism. 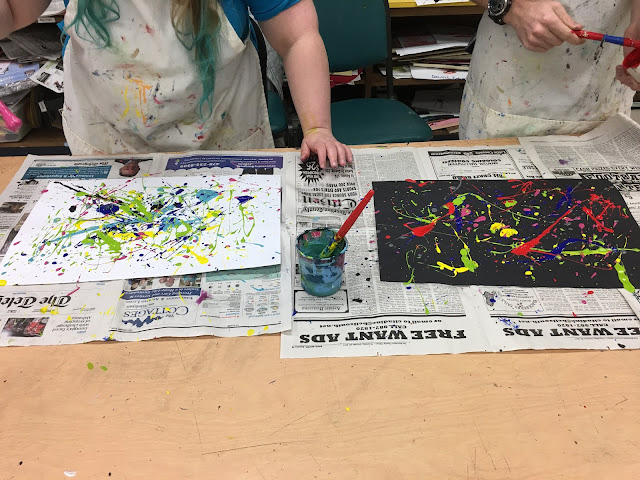 Posted by Kristen Applebee at 11:02 AM