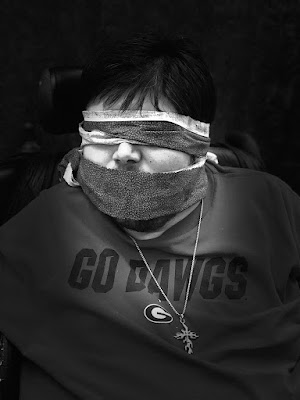 My goal in introducing my students to the art of Cindy Sherman, and having them do this project, is to help them be more careful in their thinking and to be able to more effectively self advocate.
Posted by Kristen Applebee at 8:43 AM