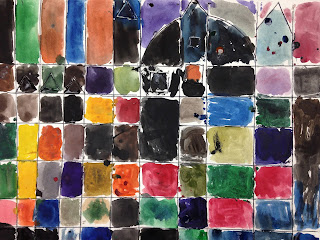 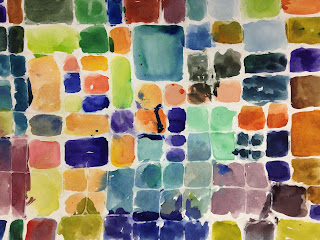 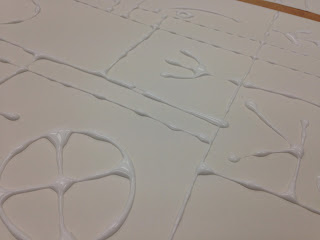 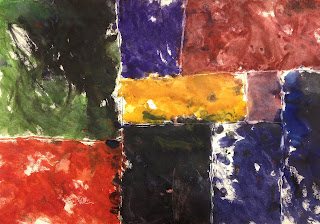 For some of the low vision students, I would reinforce the lines they drew themselves with hot glue to help them stay within the shape boundaries. My low vision students tended to mix the cakes of color, muting the clean, bright colors, which turned out to be a bonus. I love the earthy tones they created. While no one will probably ever describe my students' work as "perfect," I think there is beauty in the imperfection, and I'm glad Paul Klee's work could inspire them to make something of their own.
Posted by Kristen Applebee at 11:59 AM